How Did Bermuda Shorts Gain Popularity? Find Out Here

How Did Bermuda Shorts Gain Popularity? Find Out Here

You cannot appreciate a fashion trend until you dig deep into its roots of origin. As the summer season is at its peak, Bermuda shorts might be your go-to option for all casuals hangouts. As the name suggests, many people think that Bermuda shorts were made by Bermudian designers, which is not true. These regular shorts come with a long long history. It is also tied to women’s fashion and has contributed to society’s evolution over the last century. So, to allow you to appreciate these trendy shorts, let’s flip back some pages of the history. Here’s how the Bermuda shorts began and entirely changed the way we dress for the summer season.

The History Of Bermuda Shorts

It was not easy being on duty in the sub-tropical parts of the old British Empire with sturdy clothing. Bermuda was one of the colonies of the British Empire located in a sub-tropical region. Bermuda shorts were initially created for the British Military in the twentieth century. This concept was coined by men responsible for the army’s clothing. Their duties were ensuring light and appropriate dressing of the army personnel.

That’s when the clothing stores of Bermuda began copying these shorts and made them available to the general public. This is how these popular and trendy shorts were introduced to the world.

The non-natives adopted this fashion through British tourists. These tourists traveled to Bermuda and helped spread it to the rest of the world. While they were at it, they also ensured that Bermuda gained popularity as more of casual wear than strictly being just a business attire.

This trend caught the eye of Bermuda businessmen. These businessmen used to wear long trousers throughout the year. In the sub-tropical heat of late springs, summers, fall, and into the dry weather. They were fascinated by the ease and comfort of Bermuda shorts and began adopting this style as their formal attire. They also incorporated their own version of original military knee-length socks turned down at the top.

Now Bermuda shorts have become immensely popular throughout the world. This popularity contributed to their introduction in various colors. Previously, they were just made in khaki color. However, they became available in different colors after the general public started wearing them. Bermuda shorts for boys  initially began as their comfort attire, but now it is gaining popularity among women as well. It is also a preferred clothing style among tourists visiting tropical regions. It helps them stay cool and comfortable during their adventures.

Here’s an exciting piece of information that Bermuda shorts are also men’s national dress in Bermuda. Who could have thought that something starting as an outfit for the army personnel will become a summer essential globally? That’s how fashion evolves in unimaginable ways! Before Bermuda shorts became popular, there was no such clothing designed for places with hot weather. These shorts tapped the unsatisfied needs of the consumers. It is the favorite casual clothing for the hot and humid season.

Evolving Trend For The New Generation

Bermuda shorts are cool with an element of grunge while being modest and chic. They have the potential to maintain a professional yet casual appearance. Many popular high-end brands have extensive collections, such as Marc Jacobs, Chanel, Prada, and Simone Rocha. The future of this ultimate chic trend is exceptionally versatile.

Without an argument, the Bermuda shorts trend is the next generation of style. It has the perfect blend of modern, form-fitting athleisure fabrics with the ultimate comfort of a knee-length hem. There have been various fashion developments in this trend. Such as the introduction of the preppy, solar blocked shorts. These shorts fall somewhere in between casual bike shorts and professional Bermuda shorts.

With that said, Bermuda shorts have evolved as one of the favorite clothing attire for all generations. They are very versatile and can be modified into various different styles. This versatility gives them an edge over other typical bottoms. Ever since the beginning, Bermuda shorts have made their place in the fashion industry. They have been here for centuries, and quite surely, they are going to stay in fashion for a very long time. 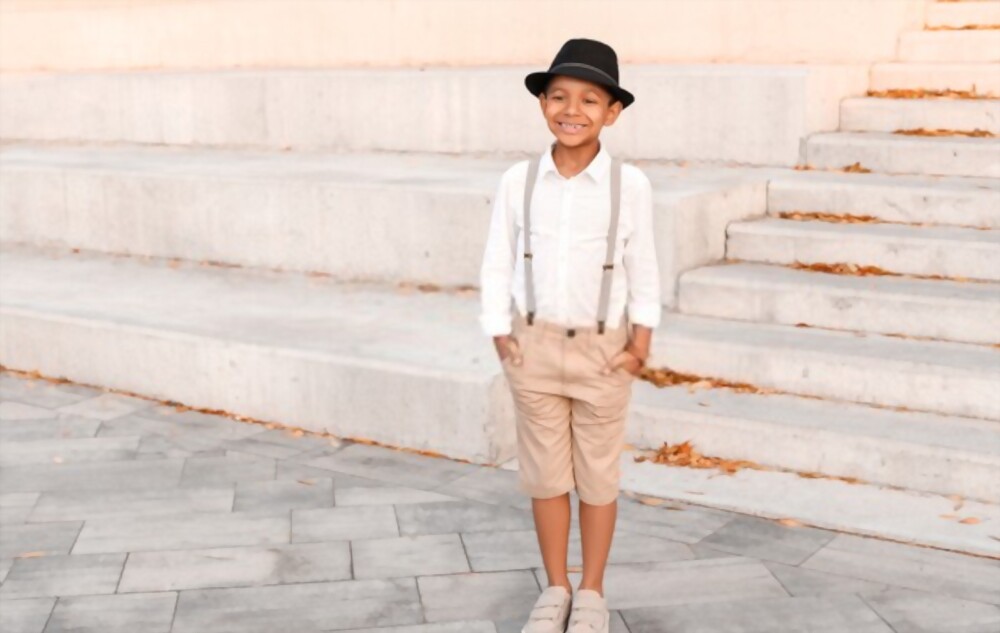 Boys’ fashion is equally essential as girls’ fashion. You can make your little boy look attractive and adorable

No products in the cart.